Mollector - The most player-centric trading card game powered by blockchain

Mollector is a Play-to-Earn digital, collectible, and auto-combat card game. The game offers an immersive experience that’s based on deckbuilding, strategy, and the Play-to-Earn approach.

Inspired by the Hearthstone and Dungeon & Dragon world, Mollector takes place in an ancient faraway galaxy where warriors from 6 factions co-exist and battle to become the rulers of The New World. Players, a.k.a Mollectors travel around the Galaxy, summon warriors to compete against others, defeat the World Boss and save the Galaxy. In the game’s world, Mollectors will collect, trade, and upgrade Hero Cards to compete against others in various game modes.

The main focus of the game is to build a balanced game economy and challenging gameplay to give players both financial and entertainment values. Mollector features the best of both worlds — an “easy to play, hard to master” card game that can satisfy traditional gamers and an appealing earning mechanism for crypto enthusiasts. Players can upgrade, buy/sell or trade their NFT card assets to earn real-world value on the marketplace.

In a faraway binary star system at the outer edge of the universe, where the convergence of worlds, as well as the exchange of information and cultures between different races, are extremely accessible and boisterous, there is a magical world consisting of five different planets inhabited by diverse creatures. This is the main world of the Mollector game. The events of the game take place when the Main World has been gradually recovering from the damages of the Great War for Molecule and began trading with each other.

There are many species co-existing in this world. They are mainly categorized into 5 main factions: Beast, Dragon, Demon, Elemental, and Mech. The remaining warriors who do not belong to any of the factions are called Neutral. 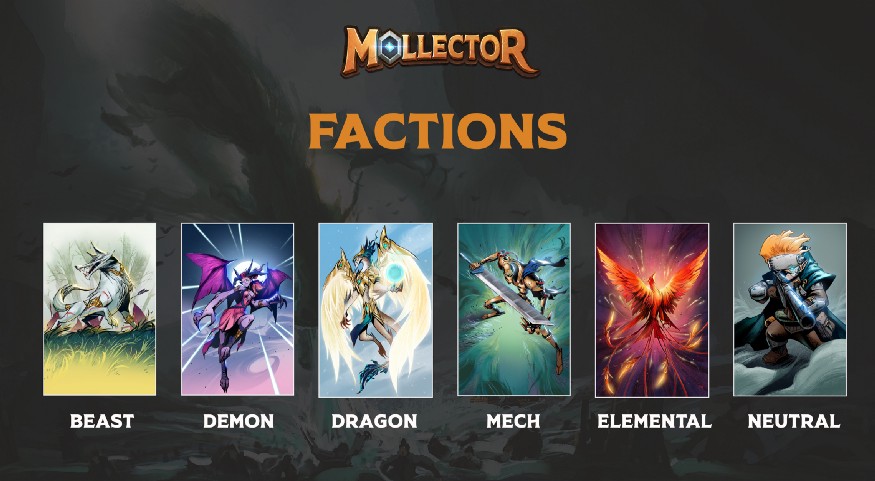 In The Main World, matter is mainly made of special molecular elements called The Genesis Molecule, which is commonly known as Molecule (MOL). Due to its uniqueness and importance, MOL is considered the main currency of this world.

Since ancient times, the archaic species have learned how to produce an unlimited source of energy by putting MOL into a specialized device. The energy is called Radiation (RAD). RAD is considered the fuel of the world and the energy of the machines.

Mollector offers players a wide variety of battle modes to enrich and diversify the gaming experience. The game is easy to play but hard to master. Winning a battle is simple but it takes a lot of time to research how using different cards can harm the opponents as some cards can be combined for devastating effects. Some of the game modes are: 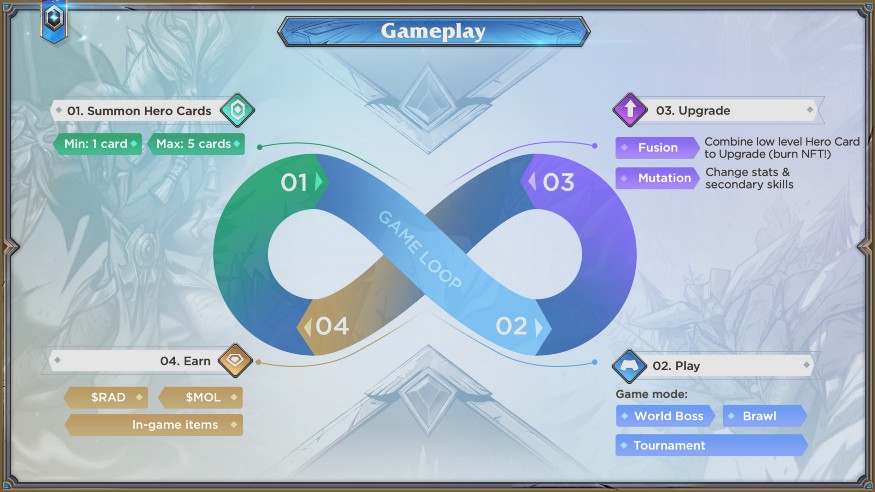 Mollector puts heavy emphasis on developing comprehensive gameplay and elevating user experience through the play-first model. This is what sets Mollector apart from the standard earn-first P2E model like of most GameFi projects nowadays, pleasing even traditional gamers who look for a challenging experience, not just crypto lovers.

With various ways to create a deck leading to endless possibilities, Mollector guarantees a rewarding experience for traditional gamers and game lovers in general thanks to its engaging as well as unpredictable nature. For example, a deck of 5 cards can produce 120 formations leading to over 14.000 game results each play.

Mollector offers players better solutions compared to other games in the same category regarding accessibility, entry fee, and gas fee. From the viewpoint of blockchain developers, the Mollector team are well aware of the way to improve UX through gas-fee saving solution and design optimization to make it easier to understand even for new players.

Got a design that you truly adore and want to monetize it?

Want to further financial benefit from an NFT that has no other purpose than just being a collectible item?

Mollector allows you to do ALL of that! You can combine your game card with your own NFT or original artworks to create a whole new NFT and still keep all the stats from the card. Our marketplace gives (creators) additional incentives to create a new NFT based on existing game cards and your own artwork.